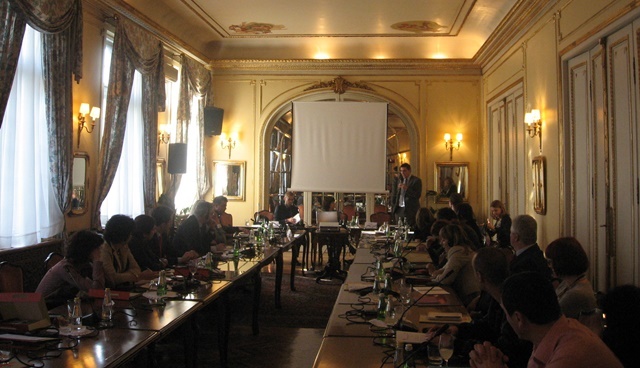 International roundtable organized by NGO ASTRA with support of the Royal Netherlands Embassy in Serbia, in Belgrade on March 24, 2011, gathered the representatives of the most relevant anti-trafficking actors from the Netherlands and Republic of Serbia for the purpose of exchanging experiences and strengthening international cooperation in this area. Special emphasis was put on the institute of National Rapporteur on human trafficking which has been present in the Netherlands for more than ten years.

Human trafficking is the gravest violation of human rights and one of the most profitable activities of organized crime which does not recognize national borders. For this reason, numerous international initiatives have been launched and documents signed which attempt to formulate uniform and persistent national responses and encourage international cooperation.

The general conclusions of the Round table were that even if there is good cooperation in the region when it comes to police cooperation and police and prosecutor cooperation, there is a room for improvement of such cooperation beyond the region, that is, also at the European level. Regarding the establishing of the institute of the National Rapporteur in the Republic of Serbia, the conclusion was that it certainly should be an independent body, and that the principle of independence should be also applied when it comes to financing.