COOPERATION BETWEEN VIP MOBILE AND ASTRA IN COMBATING HUMAN TRAFFICKING 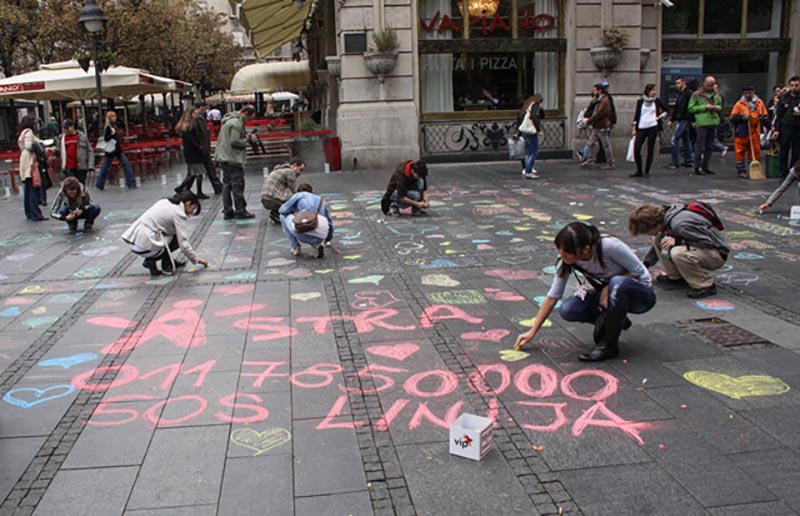 Vip mobile donated 2 million RSD to ASTRA to aid efficient fight against human trafficking. The money intended for New Year’s gifts for business partners and employees, together with a portion of income generated from New Year’s and Christmas’ SMS was given to ASTRA and used to secure help to victims who managed to get out of the trafficking ring and improve prevention of human trafficking, crime which strikes more than half a million new victims each year.

In order to provide adequate help to victims of trafficking, a motor vehicle was purchased and put to use in urgent field actions, care for victims, securing medical services, psychological and legal assistance and other means of help ASTRA’s clients need. In a year, many assistance and field actions around Serbia were made with this car.

Further, Vip supported ASTRA’s endeavors to build a nation wide network of psychotherapists specialized for work with victims of trafficking in human beings. Namely, the donated money was partially used for the organization of trainings for psychotherapist attended by 50 therapists from 30 different towns. This represents a significant improvement in decentralization of victim assistance mechanism and sensitization of professionals working with people who survived trafficking in human beings.

Another purchase made within the donation – providing ASTRA with a modern telephone exchange – helped improve the functioning of ASTRA SOS Helpline and made introduction of a new helpline possible. Therefore, ASTRA introduced harmonized European Number for Missing Children 116000 in May 2012, making Serbia the first country outside the European Union where the number specialized for helping missing children and their families operates.

To contribute to human trafficking prevention, Vip and ASTRA organized two street actions to inform citizens of Serbia. The first was held shortly before the European Anti-Trafficking Day. The action called “I am not for sale“ was held in Knez Mihailova street, on October 16, 2012 where passers-by were asked to join the action and send joint message of support to combating trafficking and draw hearts on the pavement. After that, on November 29, 2012 preventive actions were held in three busiest Vip mobile stores in the centre of Belgrade, Nis and Novi Sad. Here, ASTRA representatives informed people about the phenomenon of human trafficking, preventive measures, types of help available at ASTRA and services provided via #116000, the new helpline for missing children. Informative leaflets with the mumber of ASTRA SOS Hotline, useful tips for victims identification and protection from THB were handed out on these occasions. ASTRA and Vip tryed to involve as many citizens possible and motivate them to pass on the information learned to their loved ones and reduce the risk of them falling victim to trafficking in human beings.

Since 2008, on the occasion of New Year’s holidays, Vip mobile is supporting the most vulnerable communities, such as children without parental care, children with disabilities, the blind and visually impaired persons in Serbia and victims of human trafficking.