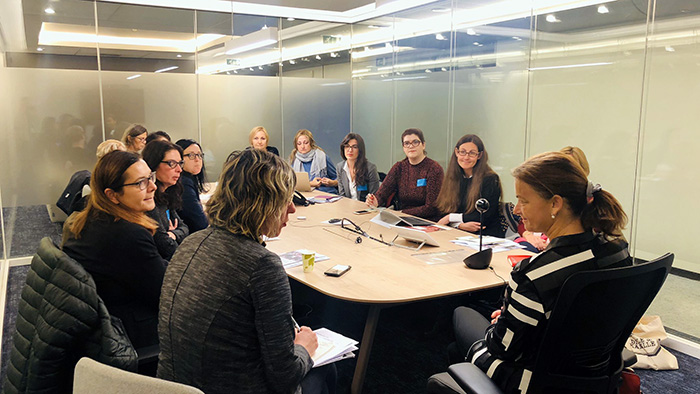 Brussels 3-8 November 2019 — As part of the regional project of The Kvinna till Kvinna Foundation, representative of ASTRA was one of the participants who visited the relevant institutions in Brussels during the consultancy week on the accession process of the Western Balkan countries.

Participants from across the region met with representatives of the European Parliament, the Directorate-General for Neighborhood and Enlargement Negotiations, gender advisers of these institutions, as well as non-governmental organizations working with the Western Balkan countries on accession to the European Union. The participants also met with the Croatian Ambassador in the Permanent Mission to the EU in order to get acquainted with the priorities during the Croatian Presidency of the EU Council. 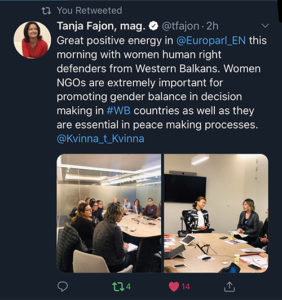