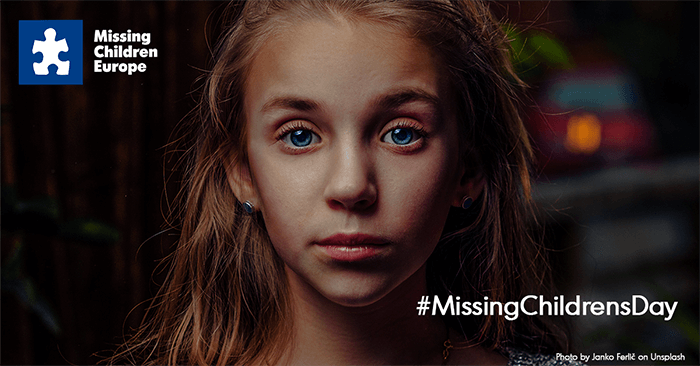 BRUSSELS – On May 25th, the Police Expert Network On Missing Persons (PEN-MP) is kicking off its annual prevention campaign for International Missing Children’s Day. This year‘s ‘#DontBeAnEasyCatch’ campaign, created in close cooperation with AMBER Alert Europe, aims to educate children, teenagers specifically, on online grooming. The campaign will be shared with the public in 23 countries.

The prevention campaign, comprising of an animated video in which valuable tips are given to children, is shaped by members of the Police Expert Network on Missing Persons (PEN-MP). The PEN- MP is the first and only official European missing persons police network consisting of police experts in the field of missing persons from all over Europe.

“Awareness of online grooming is still lacking. The focus often lies on the dangers in the outside world, while children could just as easily be at risk in the safety of their own home when engaging in online activities. Additionally, not all children have the necessary knowledge and skills to keep themselves safe online”, says Damjan Miklič, President of the PEN-MP and Senior Criminal Police Inspector Specialist at the Slovenian Police Directorate.

“Especially now that children are spending more time online than ever, it is important to bring awareness to this issue and give children the necessary levers to keep themselves safe from online predators. That is why I call on everyone to share the campaign among your community; whether it be at schools, on relevant social media platforms, or among parents.”

The ‘#DontBeAnEasyCatch’ campaign is distributed in 23 countries and translated into 19 languages. It is shared with the public by national police forces and NGOs in the field of missing children and children’s rights in Albania, Austria, Belgium, Brazil, Croatia, the Czech Republic, Finland, France, Germany, Greece, Hungary, Italy, Lithuania, Malta, the Netherlands, Poland, Portugal, Slovakia, Slovenia, Spain, Srpska, Taiwan, and the United States, with the support of Europol, the European Union’s law enforcement agency.

Over 170 football clubs from six continents will come together on International Missing Children’s Day in May to support a new initiative that hopes to help find vulnerable young people.

The 177 clubs, including Liverpool and Chelsea from the Premier League, Juventus and AS Roma from Serie A, FC Barcelona and Atletico Madrid from La Liga and Borussia Dortmund and Bayer Leverkusen from Germany represent over 38 different countries and leagues across the world.

Each club has volunteered to use their social media channels on 25th of May to share videos featuring children who are currently missing all over the world.

The ‘Football Cares’ Initiative is being run by the International Centre for Missing and Exploited Children (ICMEC) and supported by both the European Club Association (ECA) and FIFA.

AS Roma, who have a longstanding relationship with ICMEC, are helping to facilitate the project.

“Over one million children are reported missing around the world each year and while the majority may return home quickly and safely, many remain missing for longer periods of time,” said Bob Cunningham, Chief Executive Officer at ICMEC. “On International Missing Children’s Day 2020, we are honored to have the support of the global football community. With the huge following and global reach that these clubs boast, we hope that someone, somewhere could recognize one of the missing children in the videos and lead to a child being reunited with their loved ones.”

For more than 20 years, ICMEC has been leading efforts to make the world safer for children from abduction, sexual abuse and exploitation. Their work reaches across every continent, and ICMEC’s Global Missing Children’s Network brings together 30 countries to help recover missing and abducted children.

On 25th of May each year, to mark International Missing Children’s Day, ICMEC coordinates activities and campaigns to build awareness around the issue of missing children, celebrate those who have been recovered and remember those who are still missing.

“Football is the world’s most popular sport and ICMEC recognizes the potential of the clubs to amplify our efforts to publicize the plight of missing children through their incredible social media presence,” said Caroline Humer, Vice President of Programs. “We’d like to thank the ECA and FIFA for their fantastic support, every club who has agreed to participate in the ‘Football Cares’ Initiative and also AS Roma, who first approached us about the initiative and are helping ICMEC to put the campaign together.”