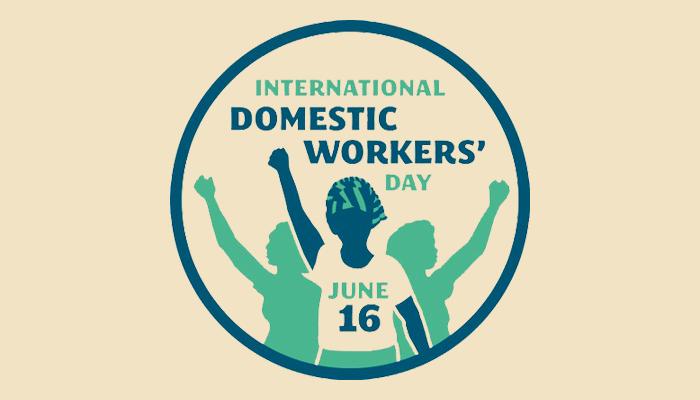 Today, on International Domestic Workers Day, 16 June 2021, La Strada International – European NGO Platform against trafficking in human beings, its members and other organisations supporting domestic workers rights in Europe, would like to ask you  to call upon your governments to ratify the Domestic Workers Convention and to take measures to ensure better protection and access to rights for domestic workers.

On this day, exactly ten years ago, the International Labour Organisation (ILO) adopted the Domestic Workers Convention, 2011 (No. 189).  This Convention recognized that domestic workers should have access to the same rights as all other workers. It is an important step towards achieving decent working and living conditions, fulfilment of human rights and access to social protection for domestic workers.  The Convention has now been ratified by 32 countries worldwide but regrettably most European countries have still not ratified this important convention. Only 9 European countries; Belgium, Finland, Germany, Ireland, Italy, Malta, Portugal, Switzerland and Sweden ratified it. Thus, the issue of improving domestic workers’ rights remains more than ever a topical issue. The majority of domestic workers in Europe and all over the world still lack access to labour rights including social security and disability insurance, as well as job security. This became very clear during the COVID-19 pandemic, when thousands of domestic workers lost their jobs overnight and were left without income.

Nevertheless, domestic work is economically and socially undervalued and domestic workers are a group of workers  very vulnerable to exploitation. Many work in informal employment and have no legal residence status or work permit. Their poor legal position relates to gaps in national labour and employment legislation and the enforcement of such laws and domestic workers regularly face underpayment with very low wages including in-kind deductions from their wage, excessively long hours with no guaranteed weekly day of rest. At times, they are vulnerable to physical, mental and sexual abuse or harassment, coercion, treats or use of force, restrictions on freedom, including withholding of documents, next to substandard or poor housing and living conditions. Due to unfamiliarity with national legislation and regulations, or due to not speaking the local language, in particular migrant domestic workers lack information about their rights or the possibility to seek help and access justice. Vulnerability increases when their residence status is linked to their employer and when they are not allowed to change employer. Many are housed by their employer, which increases their dependency on their employer, while the work in a private  household also prevents labour  inspections entirely or considerably limits  their  jurisdiction. This, combined with the possible diplomatic immunity of their employer, makes them very vulnerable to exploitation and abuse. With little contact with others and working in isolation, they remain invisible hidden workers in Europe without access to adequate information and assistance.

A substantial number of the identified and registered victims of human trafficking in Europe worked in domestic work. The sector is recognised as one of the most vulnerable sectors for labour exploitation, trafficking and forced labour, in particular also due to the large groups of migrant workers in the this sector.  It is expected that the vulnerability of domestic workers will further increase in the coming years, due to growing decentralization in the social domain in Europe, and the fact that care should increasingly be self-organised. Those in need for domestic care workers, will look for cheap(er) ways to give substance to the care. For example, regulations within the framework of the free movement of services within the EU offer the opportunity to organize healthcare more cheaply through for example posting constructions.

Ratification and implementation of ILO Convention 189 will help to address exploitative conditions that lead to forced labour and human trafficking of migrant domestic workers. It provides for regulation of private recruitment agencies, addresses problems that arise in the recruitment of migrants and has strong provisions for protection in the work place. As well, it recommends countries to cooperate at bilateral, regional and global levels for the purpose of enhancing the protection of domestic workers, especially in matters concerning the prevention of forced labour and trafficking in human beings.

This statement is signed by:

This statement is launched in the framework of the two-year project Hidden at Work – Labour and sexual exploitation and harassment of women in the (private) work sphere started.